Level up with PHPStorm

Ever wondered if you truly have the perfect setup going on your development PC (or mac!)? There are so many tools out there to make development life easier, but it can be hard to know what's out there. Follow along to hear our top tools and tips, see if there's something missing from your world - and let us know your best tools and tips too! 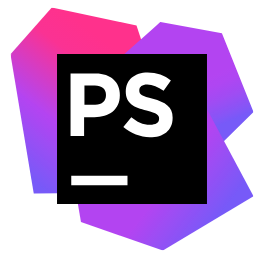 When people classically think of somebody writing code, they often think of somebody in a black hoody typing into what looks like VIM in black and green. Now we all love a bit of VIM, but it's not necessarily the ideal tool to use for large projects. There is a whole world of functionality that opens up when your editor can not only edit your code but understand it, and that's why we use PHPStorm.

Before I go any further, I'll note that there are no affiliate links or magic profits for us to get by recommending PHPStorm - we really do just like it a lot!

We in the Coventry office were quick to get going with PHPStorm, and made it our de-facto IDE almost straight away. It took a few years to prise the Bristol guys off Sublime, but once converted they were very happy indeed!

Key things that are possible with PHPStorm:

I could spend ages extolling the virtues of a good IDE over a 'dumb' text editor, but instead I'll simply recommend you go give it a try. Your world may be changed forever!

PHPStorm has a host of plugins available that add vital functionality. A number of these are worth a mention, because once you have them you realise how much easier life can be.

If you're developing on Drupal 8, make sure you have these plugins. You won't regret this for a moment.

Plugins for other things

It's really tempting to just go and turn on ALL of the plugins, to feel like you have the entire world's functionality at your fingertips. This, as we have discovered, becomes rather detrimental to PHPStorm's performance. So we recommend you occasionally check which plugins you have enabled and whittle them down a bit if you can. No point having plugins enabled for file types you never work with, for example.

PHPStorm lets you create 'Scopes', which are defined subsections of your code directory. You can then have PHPStorm search or perform actions on those scopes. The best example would be searching a 'Custom code' scope, which might include your custom code directories and exclude Drupal core, and thus go a little faster.

PHPStorm likes to spend a LOT of time indexing. It checks your work for changes every few moments so that it can keep up with what's going on, but there are things that can make this unnecessarily slow:

Clicking the progress bar at the bottom of the window will allow you to spot directories that are taking a long time to index.

Level up your dev environment - top tools and tips from ComputerMinds

Level up with a shiny shell