Sometimes you just need to connect to earth: a desk chair story

Steven and I had been encountering (fairly savage) static electric shocks from our desk chairs.

For a number of months we'd been noticing the issue, each "crack!" seeming louder and more painful than the last. Almost every time we walked across the room, our chairs would greet us with a stab to the hand. The comedy value grew just as the frustration did; we'd enjoy listening for that signature sound whenever our colleagues returned to their desks, and laugh according to how loud a sound the tiny lightning bolts could muster. Some of the most entertaining shocks were the ones where your hand was still a good inch away from the chair. Surprise! Oh, the anticipation...

Our confusion continued to mount as we realised that whilst we experienced this on an almost hourly basis, the rest of the office (with similar or identical chairs) did not. In fact, it was rare for anyone else in the office to make a pained exclamation upon returning to their desk, even on Monday mornings.

Slowly did a year go by, with neither of us able to fathom the cause. By March 2018, we'd both been conditioned to hesitate before touching our desk chairs, in case a shock awaited.

One particularly hot day, after yet another funny-yet-frustrated office conversation on the subject, I realised the cause.

Steven and I had a tendency to slide ourselves forward off of our chairs as we got up, and this was generating A LOT static buildup. Suddenly conscious of our actions, it was easy to see why this would cause our issue - but we did have an interesting office conversation about how to stand up and sit down, given that nobody else really seemed to have this problem!

Whilst we could have just made effort to change how we got in and out of our desk chairs, we said "nay!" and declared that we must find some solution that didn't rely on us remembering to perform an entirely subconscious action in some completely different way. Relying on pain as a reminder was not an option - we had to solve this properly.

Cue a number of crazed suggestions for a resolution, including the "Safety Spoon" pictured below:

The safety spoon, I decided, could be used to discharge the static electricity from a distance, and the spoon would soften the blow. It did work, though not so effectively so as to mitigate all sensation.

More importantly, the Safety Spoon started off a series of attempts to capture the static shocks in action - we had realised on this especially low humidity day that the static was forming bright blue bolts as it flew from chair to hand! Cue extra slidey chair motions for extra-large static lightning bolts...

After a LOT of fun, our minds turned to more practicable solutions. How could we ground ourselves / the chairs? We tried getting up differently, desperately grappling the metal arms of the chairs as we stood up, but it was too awkward. We tried attaching the Safety Spoon to the chair, with no effect. Having engineers' minds, we did finally come upon our solution.

It's UK law that things made of metal that have electricity going through them are either completely plastic, and thus couldn't discharge anything through a person, or are grounded with a wire that goes to Earth. Why not, then, ground our desk chairs?! No reason! 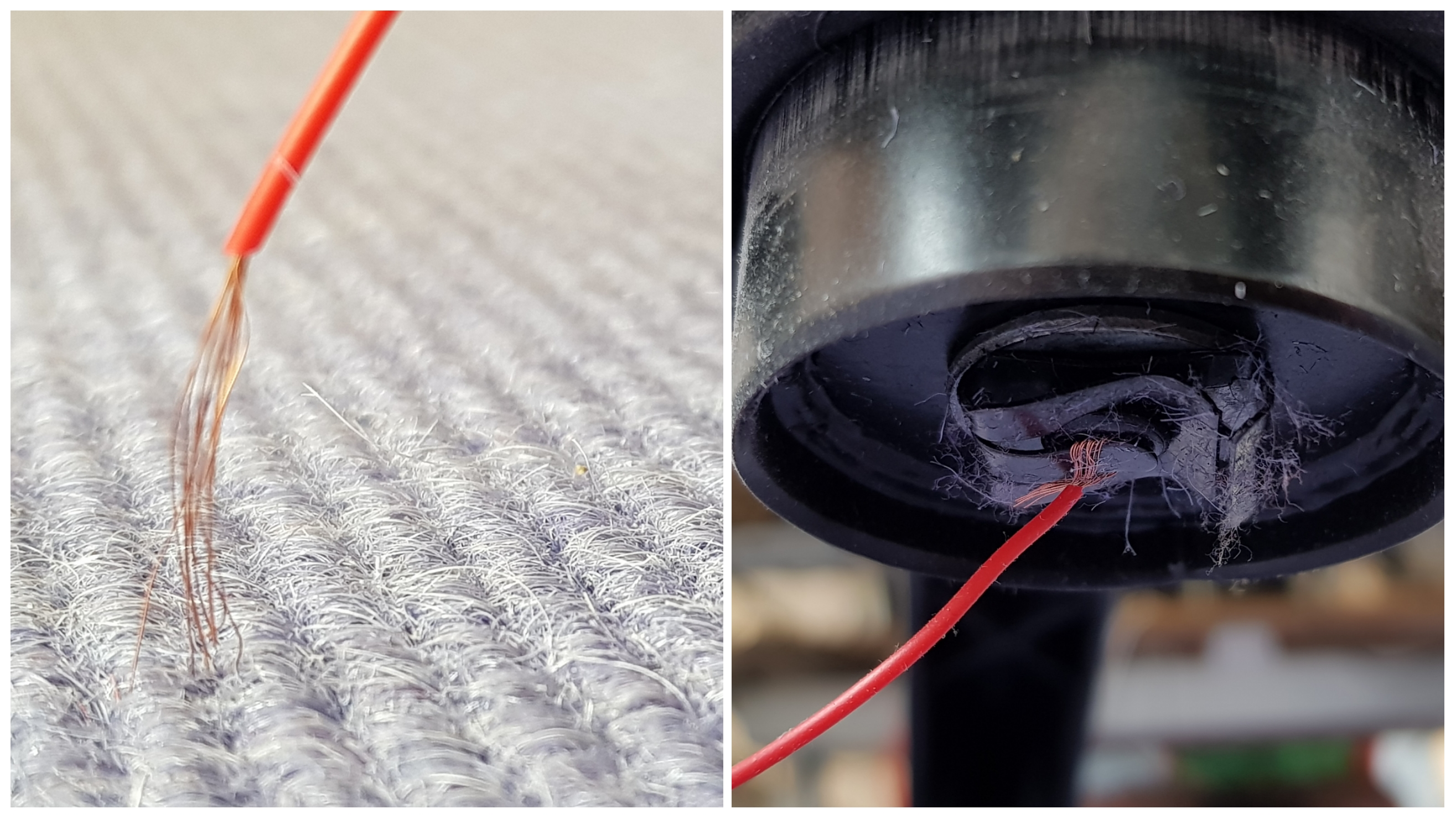 Steven took about dismantling some old device, and before long we had earthing wires dangling from our chairs. At last those pesky electrons could just make their way to the carpet, instead of waiting to bite our fingertips. No more static, no more pain, no more surprises. Wonderful!